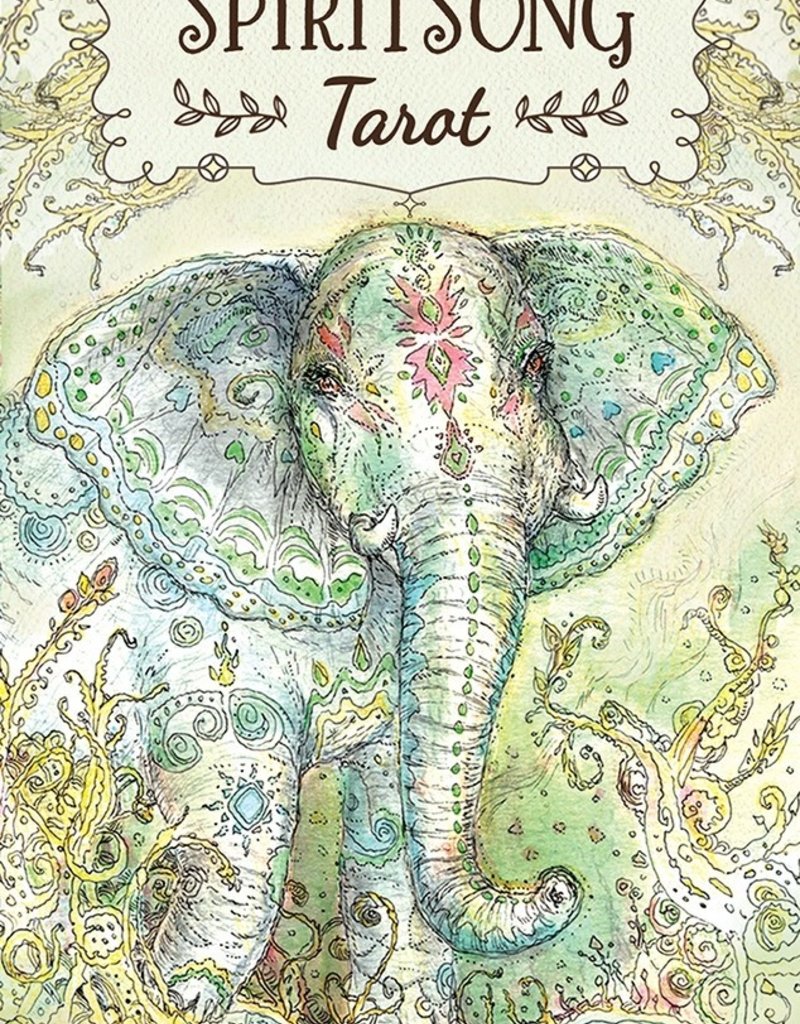 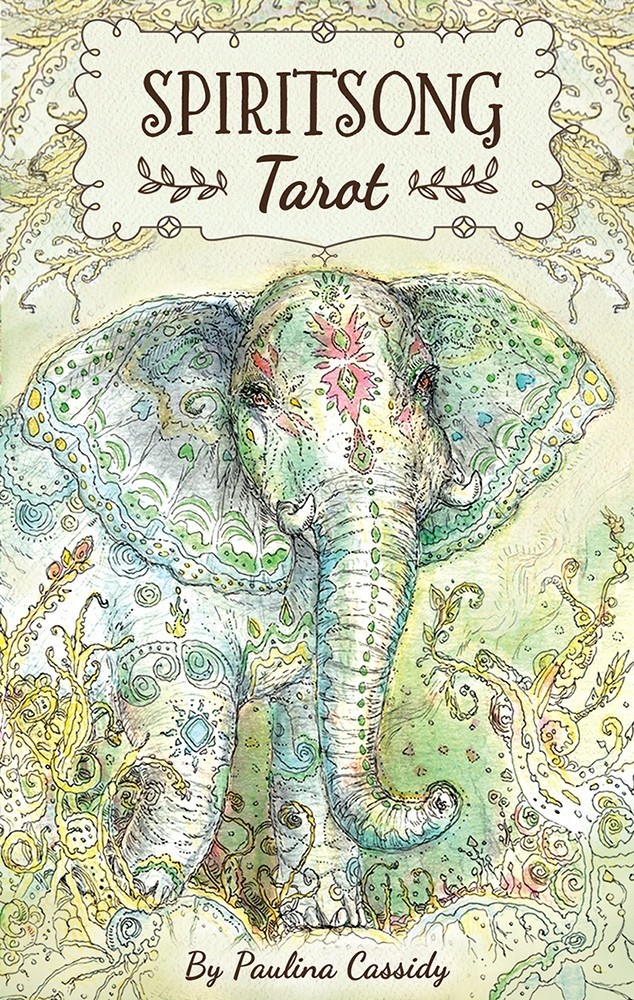 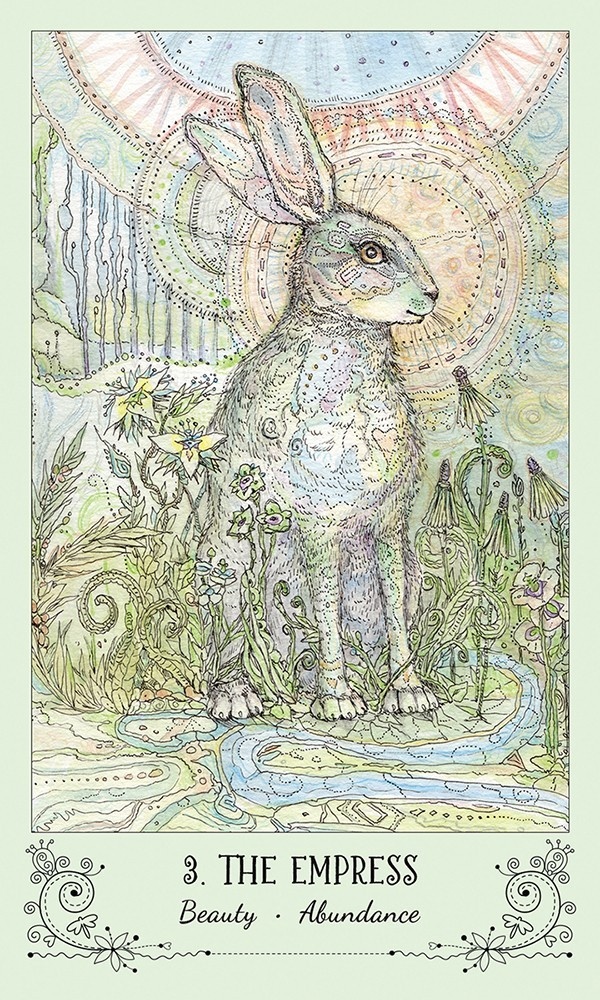 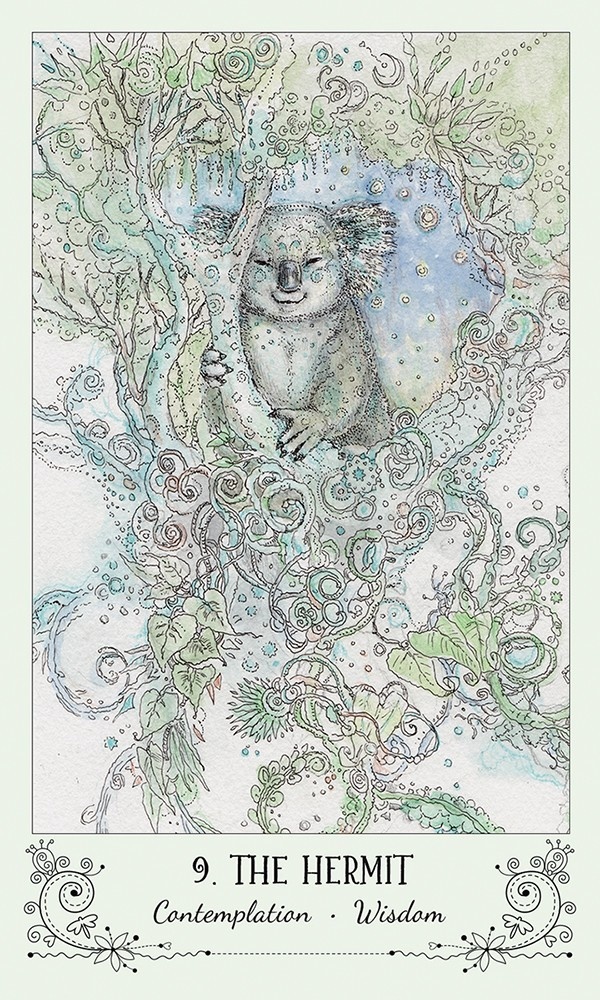 Description: This Spiritsong deck is a melding of two traditions of divination: one in which animals are seen as guides between our world and the spirit world, and one that uses 78 cards as a tool to connect with our highest self. Each animal was specifically selected based upon Shamanic and Native American symbolism, merging each animal’s unique power with classic tarot practices. For example, the Spiritsong animal, Raven, has attributes such as ‘creation’ that parallels some of the same symbolic tarot attributes of the traditional Magician card, which is why the Raven is the animal representing that card.

The Spiritsong Tarot structure is based on the traditional tarot, containing the 22 Majors, the 56 Minors, and four suits: Acorns for Wands/Fire; Feathers for Swords/Air; Shells for Cups/Water; and Crystals for Pentacles/Earth.